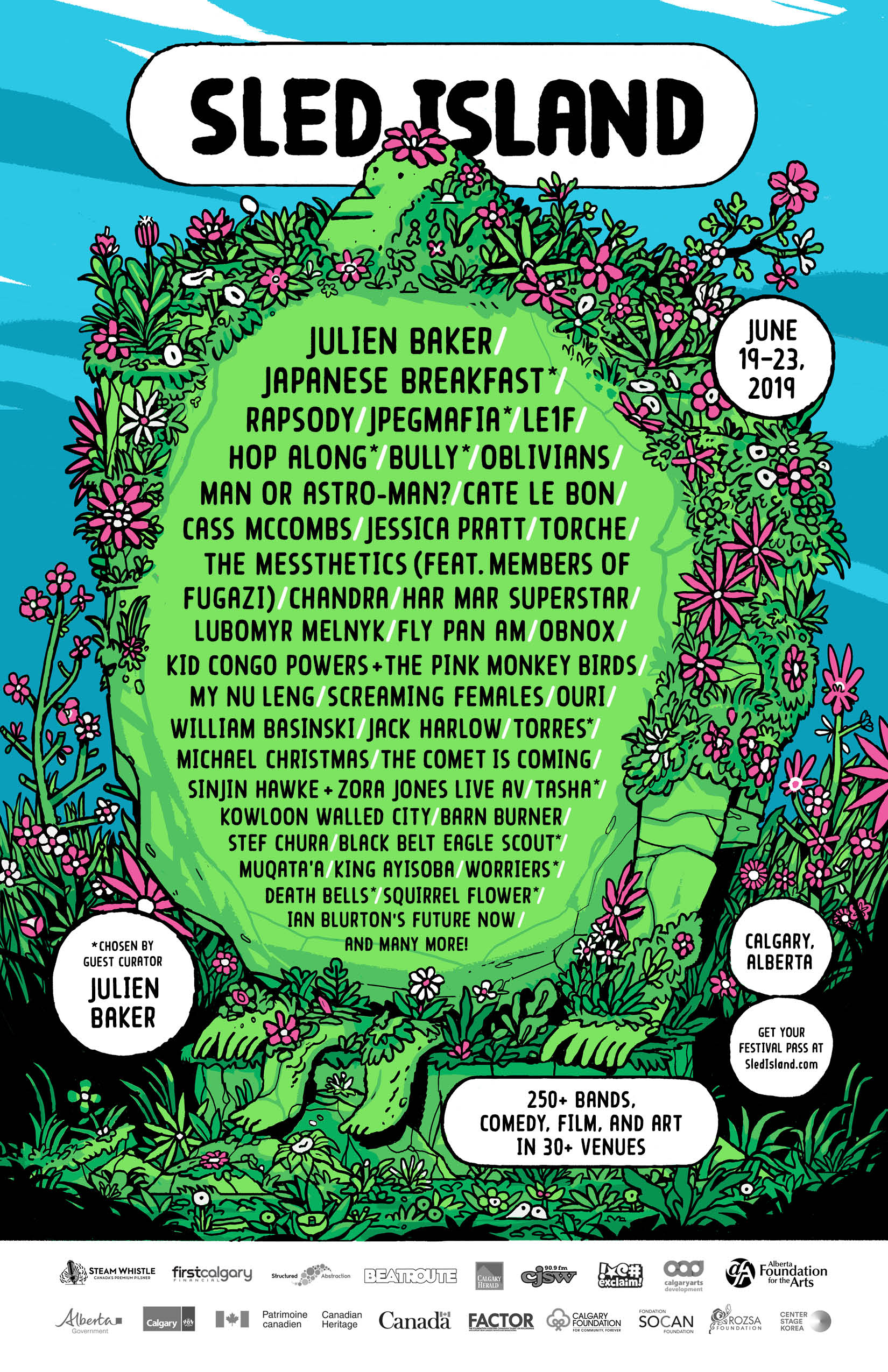 Our full lineup is finally here! The 180+ additions announced today join a list of over 65 previously announced artists, confirming 250+ bands to play the festival this June!

To see the complete lineup including comedy, film and art, visit SledIsland.com. The Sled Island 2019 schedule will be announced in the coming weeks, along with special events and conference programming.

A limited number of single tickets to select newly-announced Sled Island 2019 shows will go on sale this Friday, May 10 at 12:00pm MDT online and at these same outlets.

If you're travelling to Sled Island this year, we encourage you to check out our travel and accomodation deals for 2019!

Once again, a huge shoutout to Josh Holinaty for the incredible poster art!