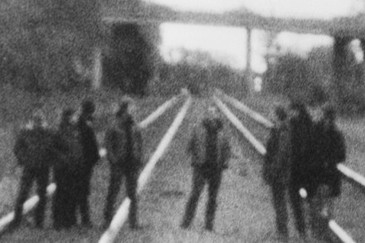 Sled Island is thrilled to have celebrated orchestral post-rock band Godspeed You! Black Emperor as the festival's guest curators for 2015.

Each year, Sled Island's guest curator helps set the direction and tone of the festival through specialized programming choices and with their presence at the event. This year, that includes two very special shows—Godspeed You! Black Emperor’s first in Calgary—at the beautiful Central United Church (tickets to these shows are now sold out, however, a Festival Discovery Pass will get you in, subject to capacity). Additionally, the band has thoughtfully assembled an incredible set of artists to perform.

With Sled Island's full schedule just released, there's no time like the present to delve into their picks:

Godspeed You! Black Emperor is a band we've dreamed about seeing in Calgary for years, and we can't wait to welcome them to this year’s festival! 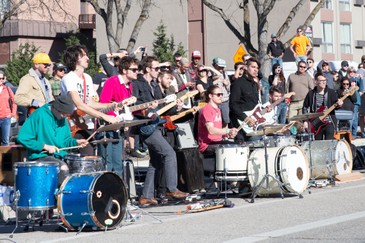 At Sled Island, we think all of our events are noteworthy. That said, we do present a series of Special Events for some of the more unique happenings at the festival. This year, highlights include the interactive and revealing NMC Master in Residence: Daniel Lanois, the ambitious rock orchestra piece Band Dialogue IV / Calgary composed by Seth Olinsky (aka Cy Dune), the fascinating Thor Harris on Mental Ilness and Shelter From the Storm, where festival attendees will be inivited to enter the Calgary Drop-In & Rehab Centre to experience its culture through works by its clients, staff, volunteers and more.

Beyond that, we have events from ranging from dance performances to talks and tutorials to parties. We're also dropping in on a few of our favourite weekly local events to add a little Sled Island flavour. Take a look at the full lineup now, and don't forget to grab that pass! A Festival Discovery Pass is the best to experience special events, music, comedy, film, visual art and more. 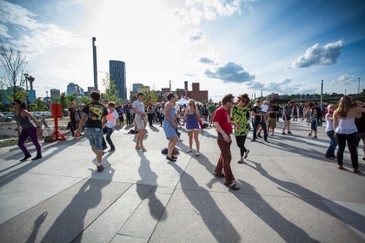 All that dancing calls for a little refreshment. Thankfully, Big Rock will be on hand with a beer garden equipped with some tasty suds to keep you going. Look around for food trucks, too!

Perhaps you’ll be in the mood to do a little shopping. Don’t worry, we’ve got you covered: expect Sled Island and performer merch, plus the charming Market Collective crew, who will be offering locally-made artisan goods for your purchasing pleasure.

This is a rain or shine event. By now, we all know that it takes more than a little precipitation to get this city down. Let’s party! 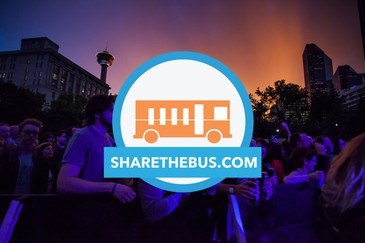 Looking for a unique way to arrive at Sled Island? We've teamed up with SharetheBus to offer rides straight to the festival from nearby cities. Choose an existing trip or propose your own and ride to Sled Island surrounded by other music fans. This is your best bet for an affordable trip, and you might just meet some new friends along the way! Head to SharetheBus.com to check it out. 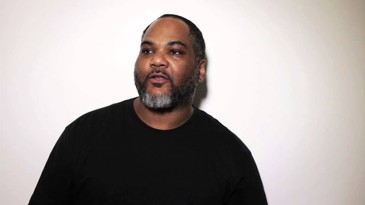 Surprise! We know we said that we were done announcing our music lineup, but we just can't help ourselves! Exciting new additions to the 2015 festival include hip-hop pioneer DJ Maseo of De La Soul (who are also performing at Sled Island), Hyperdub electropopper Jessy Lanza, Yonatan Gat of Sled alum Monotonix, hardcore heavyweights Turnstile plus Cy Dune and Miles Cooper Seaton of Akron/Family (performing separately).

To see these great acts and over 250 more plus visual art, comedy, film and more, head on over to the shop and buy a pass! Announcements on the East Village Block Party, Special Events and more are still to come. 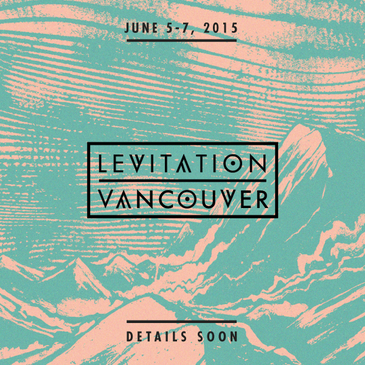 We're partnering with our friends at Levitation Vancouver to offer Sled Island passholders in the city (or those wanting to take a last-minute trip!) a chance to experience both festivals.

For the first time ever, Timbre Concerts and Austin Psych Fest have paired up to bring the good vibes north, launching the Levitation Vancouver Festival from June 5 - 7, 2015. Featuring The Black Lips, The Black Angels and Vancouver heroes Black Mountain playing a special 10th Anniversary set, all on the main stage at Malkin Bowl in majestic Stanley Park, the festival is a great way to add even more music to your summer.

Buy your Sled Island pass before Monday, May 25 at 11:59pm and you'll be entered to win two Malkin Bowl Weekend Passes to Levitation Vancouver. 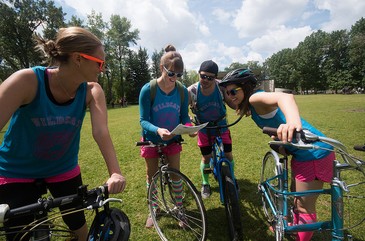 Do you enjoy needlessly competing with your friends over activities involving beer? Do you enjoy bikes and bike culture and currently own (or would like to own) a super-rad pair of wheels?

For the third year in a row, Sled Island is happy to present the Green Island Bike Scavenger Hunt on Saturday, June 13. The event, which is sponsored by Big Rock, aims to promote bike culture in the city, support green initiatives and will help get you familiar with a bunch of awesome Sled Island venues, so you can get prepped for the upcoming festival.

Create a team of two to four people and complete a list of challenges all over the city for a chance to win a ton of great prizes, including four decked-out Electra Bicycle Company bikes courtesy of Big Rock. If you don't have a team of four we will do our best to make one for you, so please register as an individual! Please email us if you need help putting together a team.

We meet at the Enmax Stage in Prince's Island Park at 12:00pm and wrap at about 5:00pm. Come along for the after party at Local 510! The event is rain or shine, so dress accordingly and make sure you bring your bike and bike gear. Seriously, it’s a bike scavenger hunt, so you need a bike! 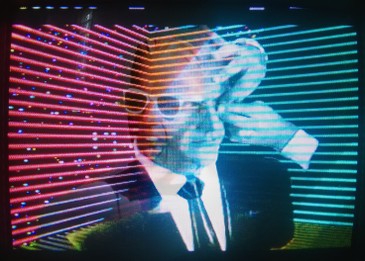 Sled Island is pleased to announce our visual art program for 2015! This year is all about exploring the boundaries of art, music and performance with projects that disrupt, reframe and challenge the theoretical and physical spaces of these complimentary art forms.

To mention just some of the many projects that we are excited about: Lisa Lipton’s multi-venue performance crosses the genres of film, mixed-media installation, performance, theatre, music and drumming; the films of UK artist and filmmaker Dick Jewell reveal the infamous nightlife of iconic London clubs; Nicole Kelly Westman and Ryan Mathieson bring together conceptually distinct and geographically dispersed practices for a single collaborative performance; Mat Lindenberg invites Sled Island audiences to participate in a projection-mapped landscape that responds to movement and sound; and offsite/between-site projects by Jolie Bird, Natasha Jensen and Dana Buzzee, as well as Jill Stanton, bridge the physical spaces of Sled Island through guerrilla wheat pasting and site-specific interventions.

As previously announced, Sled Island has partnered with WRECK CITY for a new project called DEMO TAPE. Expect more details on this large-scale endeavor in the near future!

Check out the rest of the visual art program by clicking here. Remember that a festival pass is the best way to experience visual art, music, comedy, film and more. Get yours today.

Within 24 hours, those who have purchased tickets for Saturday, June 27 online will be given the option to receive a refund via Ticketfly OR simply have their ticket adjusted for the new show date. Those who have purchased tickets for Saturday, June 27 in stores (Sled Island Office, Sloth Records, Lukes Drug Mart or Purr Kensington) may return their ticket to its place of purchase for a refund OR can keep their ticket to have it honoured for the rescheduled show on Friday, June 26. Please direct any questions or concerns to info@sledisland.com.

Tickets for Yo La Tengo at Flames Central on Friday, June 26 are now available here. 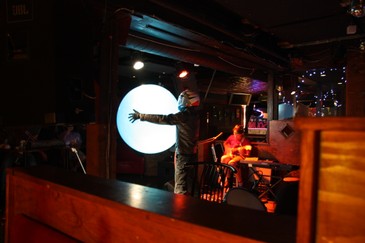 Join Sled Island and special guests from the Arbour Lake Sghool as well as DJ Ryan "KOOL DREAMZ" Scotch for a wild and wacky fundraiser in support of visual art at Sled Island 2015. Featuring absurd performances by Andrew Frosst, John Frosst and Justin Patterson, as well as a slew of contests, games-of-chance, and a live telethon and auto-tuned auction, Talk Show Telethon will entertain, amaze and raise serious cash for some seriously awesome art at Sled Island 2015. 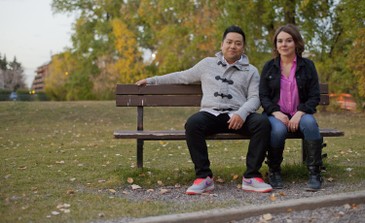 Sled Island is excited to announce the local talent that will be on stage this June in support of 2015 comedy headliners Bridget Everett, Mark Little, Chris Locke and Will Weldon!

Derek Adams, Amy Bugg, Brandon Craig, Jeff D’Silva and Gina Freeman will be joining the lineup, showing the incredible depth of Calgary's comedy community. Three cheers and a few laughs for them!

Plus, don’t miss out on Jupiter Comedy featuring Noor Kidwai and Eric Steel on Wednesday, June 24 at the Oak Tree Tavern (Level 2, 124 10 St. NW) and freewheeling improv extravaganza Past Your Bedtime featuring Renee Amber and Andrew Phung (pictured) on Friday, June 26 at the Loose Moose Theatre (1235 26 Ave. SE) for more of what makes Calgary comedy world-class!

Full schedule and tickets will be available soon, but the best way to experience all that our comedy lineup has to offer (plus 250+ bands, film, visual art and more) is to buy a festival pass!

Keep your eyes on SledIsland.com for our visual arts and special events announcements in the coming weeks. 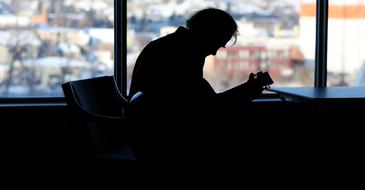 Sled Island is pleased to announce Shelter From the Storm in partnership with the Calgary Drop-In and Rehab Centre Society (DI).

Under the creative guidance of DI Artist-in-Residence Kris Demeanor, Shelter From the Storm will engage DI clients, volunteers and employees in collaborating to create original songs, poems and stories that capture the Centre's culture and community. Participants will craft this material into a high quality performance that will debut at the DI on June 27 as part of Sled Island, and will be open to Sled Island passholders. The project will also be captured in a documentary that will screen alongside the performance.

For details, check out the Shelter From the Storm website. The site will feature regular updates, film clips, blog posts and photographs as the project unfolds. 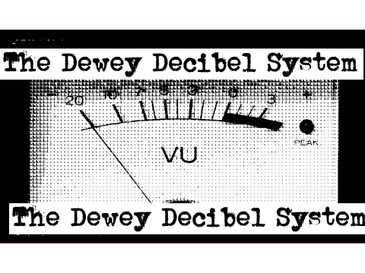 Big noise? You bet! High energy? You got it!

On Friday, May 15, Central Library is unveiling their brand new teen space with an all-ages rock show featuring some rad local bands. Come check out Night Committee, Lunatique, The Nitehawks and Heavy Weather at 5:00pm. We'll be set up with a booth of Sled Island goodies, so make sure to come say hi! This is event is free to the public and the first 150 guests will get free poutine from The Family Fry Guy. You can't go wrong: RSVP on Facebook now.

Additional Individual Tickets on Sale May 8 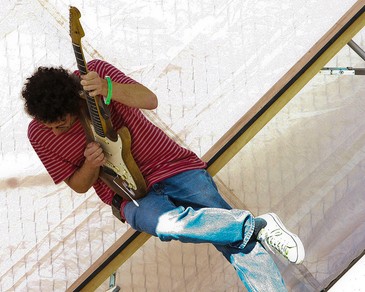 Can't make it to the full festival in June? We're adding a few more individual tickets for select Sled Island shows. All newly added shows go on sale at SledIsland.com on Friday, May 8 at 10:00am. Read on to see what's new, or click here to see our full list of tickets. Some tickets will also be available at Sloth Records (736 17th Ave. SW), Lukes Drug Mart (112 4th Street NE) and Purr Kensington (1220 Kensington Road NW). Updates will be made before the on sale date.

In addition to these new shows, we'll be dropping off physical tickets for the previously announced Daniel Lanois, Jaga Jazzist and Swervedriver shows at Sloth Records and Lukes Drug Mart on May 8.

Remember that a festival pass gets you access to all Sled Island events (250+ bands, film, visual art and comedy), and about 70% of venue capacities are reserved for passholders.