Sled Island Presents: "...But I Don't Know Any of the Bands!" 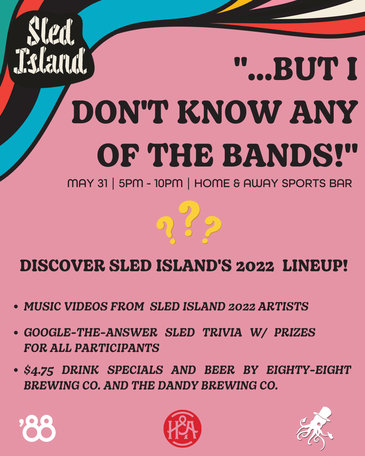 Come discover this year's lineup with a night full of music videos from select Sled Island 2022 artists, Google-the-answer trivia, $4.75 drink specials, and delicious beer from our sponsors at Eighty-Eight and Dandy Brewing!

Prizes for Google-the-answer trivia include two Discovery Passes for the person with the most correct answers, but every participant will receive a prize!

That’s right! “But I don’t know any of the bands” is no longer an excuse. Come have a chat with your friendly neighbourhood Sled staff and get hyped on what’s coming to Calgary for Sled Island this June! 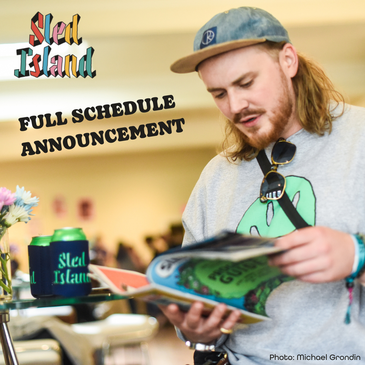 The wait is finally over! The full Sled Island 2022 schedule is here, and it’s all available to browse on our new and improved online schedule! Take advantage of our brand new filters, select what suits your interests, and get a head start at planning what is guaranteed to be the best five days of your summer!

Today's announcement also includes the lineup for this year’s conference programming, so be sure to round out your festival experience by checking these out on our website!

Don't forget, if you're looking to experience all the amazing music, film, comedy, visual arts, conference and special events that Sled Island has to offer, a Discovery Pass is your best bet! All-Ages and Day Passes (Wednesday-Saturday) will become available for purchase this Friday, May 27 at noon MDT! 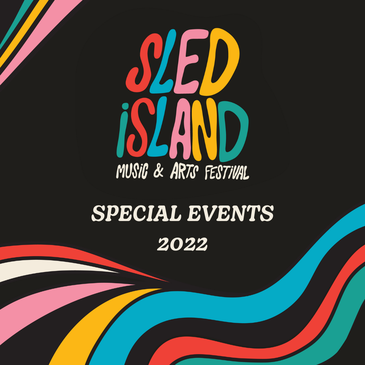 Sled Island passes grant access to these and all other Sled Island shows (subject to capacity), and are currently available at SledIsland.com and Lukes Drug Mart (112 4th St. NE). Single tickets go on sale this Friday, May 20 at 12pm MDT.

Sled Island's Ramsay Block Party is a fresh new take on our free, family-friendly, all-day extravaganza! This year's event will take place in Ramsay at the Lilydale Parking Lot (2126 Hurst Rd SE) running from 12 - 9pm on Saturday, June 25! The all-day party will feature live music from Chad VanGaalen, Julie Doiron, Living Hour and many more, PLUS free skateboarding from the Compound Mobile Skatepark, food trucks courtesy of The Curryer and Arepas Ranch, an art market featuring nvrlnd. artists, beer and other tasty beverages from our sponsors at Eighty-Eight and Dandy Brewing (including some specialty Sled Island collaboration beers yet to be announced), and much more!

Lots of this year's art programming can also be found at the location of our Ramsay Block Party, including NTH, an art showcase from Chad VanGaalen taking place just down the block at nvrlnd. boutique (1048 21 Ave SE) and a mural unveiling at the Lilydale Parking Lot. Also, be sure to check out our annual Sled Island Poster Show, running June 21 - 26 at I Love You Coffee Shop (348b 14 Ave SW).

Sled Island Film is one for the books this year, with Lydia Lunch: The War Is Never Over (followed by Q&A with the one and only Lydia Lunch) at the Globe Cinema (617 8 Avenue SW), Summer of Soul, the Oscar-winning debut documentary from Questlove, at the Plaza Theatre (1133 Kensington Rd NW ), and Femme Queen Chronicles, the pilot episode of Ahya Simone's comedic webseries, including a live artist talk and Q&A with Ahya herself, at The GRAND (608 1 St SW). 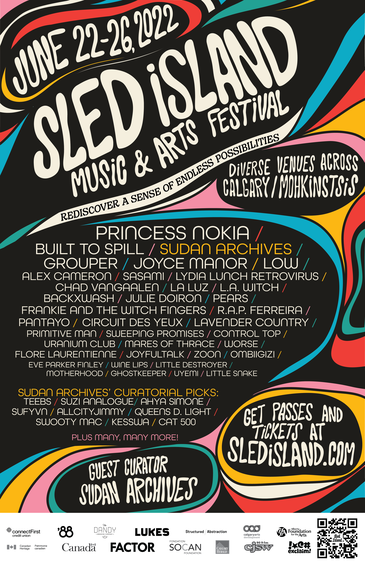 The Sled Island 2022 full music lineup is here! The 150+ artists revealed today are added to a list of more than 30 previously announced artists, confirming over 200 acts to perform at this year's festival!