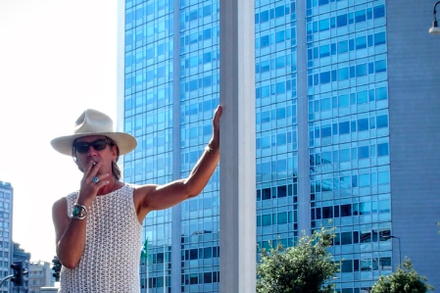 William Basinski’s first major work was Shortwave Music, a reconstruction of sampled Muzak (a brand of unobtrusive music meant to lull passerby in public environments) recorded in 1983. Recordings from that same time would take on new life decades later with the creation of The Disintegration Loops.

Released in parts in 2002 and 2003, the Loops were created by recording the sound of analogue tape gradually falling apart as it passed through a player again and again. The essential concept was to document the life and death of a sound, as simple an idea as it is an effective result. Though it was a coincidence, that recording was completed in New York on September 11, 2001, the mournful sounds created will be forever entwined with the grief of that day. Today, you’ll find The Disintegration Loops held in the highest esteem by every credible critic working.

Basinski has continued to release ethereal ambient music throughout the years, and 2019 may be the year he counts a new master work to his credit. The 2019 album On Time Out Of Time boasts about as ambitious a concept as you’ll see in a lifetime: Basinski has sourced the sound of two black holes merging over a billion years ago for the work, dealing with a radically different kind of destruction than that of The Disintegration Loops. It’s an eye-catching concept, but more than that it reminds us what’s so vital about Basinski’s work. Ambient music is simply his medium, a method by which he explores the tangible hope and fear at the center of humanity.