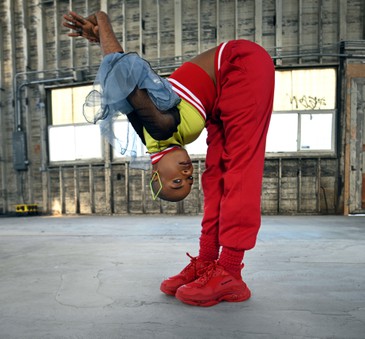 Los Angeles-based violinist and vocalist Sudan Archives will be joining us as guest curator for Sled Island 2022, running June 22 - 26! The acclaimed electronic and R&B-infused musician and Stones Throw Records recording artist was originally scheduled to guest curate the 2020 edition of the festival, which was cancelled due to the global pandemic.

“I’m excited Sled Island invited me back again to be a part of this year’s event,” says Sudan Archives. “It’s such an eclectic festival and I can’t wait to see my curatorial picks included within this year’s lineup!”

Each year, Sled Island’s guest curator puts their stamp on the festival through special programming choices and their presence at the event. Sudan Archives’ curatorial selections, to be announced in the coming months, will join over 200 additional bands, comedy, film and visual art projects chosen by the festival in multiple venues across Calgary.

Rediscover a sense of endless possibilities at Sled Island Music & Arts Festival 2022. Passes are on sale at SledIsland.com, and Lukes Drug Mart (112 4th St. NE). Today is the final day to save 25% on select Sled Island passes. Semi-early bird pricing begins tomorrow and will last until February 22, 2022, at 11:59 pm MST.

Originally selected for Sled Island 2020 ahead of its cancellation, she has curated — perhaps unconsciously — pieces of a life spent in church choirs, at fiddle club, digging up her musical ancestry and at electronic-scene fringes into a context wholly new. There’s a spritz of Post-era Björk volatility here, a tinge of Stones Throw Records-forebear J Dilla texture there, but Sudan Archives is best summed up by her ability to do what a curator does best: create an entirely new story in the places in between where no one else has explored. It’s for this reason that we are most excited to welcome her as the guest curator for Sled Island 2022.