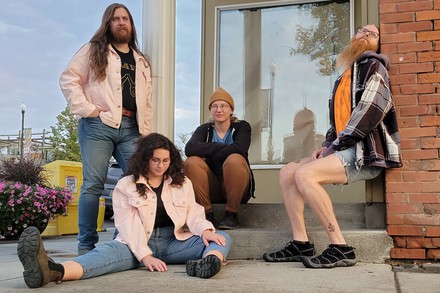 Dump Babes combines catchy, disco-pop hooks that straddle the sexiness of the ‘60s with folksy melodies reminiscent of the carefree culture of the ‘70s. The debut studio album niýa kîminîcâkan is still fresh from the press following its April release, and marks an evolution for the band. Still channeling psych and folk-rock, the disco factor has been turned up for a set of irresistibly danceable tunes.

INTO Dump Babes? CHECK THESE OUT: