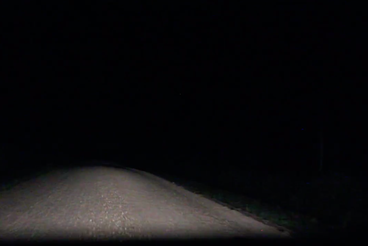 Getting ready for my haunting

“I am a future ghost. I am getting ready for my haunting.” - Eve Tuck & C. Ree, A Glossary of Haunting

The vestiges of souls, including our own, who have passed through homes, interiors, domestic and intimate spaces - they are the subject of this exhibition. Alicia Buates McKenzie and Seth Cardinal Dodginghorse negotiate their complex relationships with their homes of the past. Taylor Harder tunes into the ghosts who haunt the now. Jadda Tsui develops a choose-your-own adventure game that asks, how can immersion into an environment evoke a certain feeling or emotion?

Alicia Buates McKenzie is an artist, writer, and organizer from rural Western Manitoba. She concerns herself with the ambiguities and disorientations of liminal identity through various modes of storytelling. Through subtle resistance and intense emotional states, Buates McKenzie seeks liberation from the absurdity of solidified identities, navigating the discomforting barriers and bridges within her own dualities with tentative urgency. She recently obtained her BFA with distinction from the Alberta University of the Arts (formerly the Alberta College of Art + Design), which also included her studies at Falmouth University in the United Kingdom in 2017. She currently fulfills the role of Visual Arts Curator for Femme Wave Festival in Calgary, Alberta alongside her independent practice.

Seth Cardinal Dodginghorse is an artist, experimental musician, and prairie chicken dancer that grew up eating dirt and exploring the forest on his family’s ancestral land on the Tsuu’tina Nation. In 2014, he and his family were forcibly removed from their homes and land for the construction of a major highway, the South West Calgary Ring Road.

Taylor Harder is a Métis and Mennonite artist from Fort St. John, British Columbia, on Treaty 8 Territory. Using methods derived from witchcraft and folk tradition, Harder evokes ritual and spiritual communication to a hidden dimension. As a resistance against Euro-Centric, capitalist, and patriarchal understandings of unexplained phenomena, they beckon towards the invisible, the erased. Harder currently serves on the board of TRUCK Contemporary Art Gallery, writes VOICES YYC, and has written for Femme Waves Visual Arts Festival. They reside on Treaty 7 Territory in Calgary, where they are attending the Alberta College of Art + Design.

Jadda Tsui is an artist from Calgary, and a recent graduate from the Alberta University of the Arts. Her work is typically rooted in a digital realm, and uses simulation, narration, and audience participation to investigate the ways in which her perception of the world may or may not be similar to that of those around her. Most recently, she has exhibited as part of MST:9, and at EMMEDIA’s Particle + Wave Media Arts Festival.