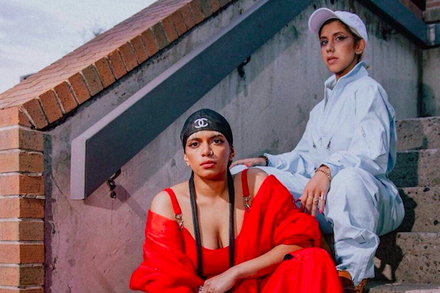 Cartel Madras have gained a reputation as radical and racy while spearheading a subgenre of hip-hop they’re calling “Goonda Rap." In little over a year the duo (Contra & Eboshi) have been met with international praise for their debut EP Trapistan and have created enormous buzz for their live performances. Kicking off their Planet Goonda tour this summer, Cartel Madras will be bringing their riotous energy to Sled Island to bid farewell to their city and celebrate their rising success. After last year’s sold out performance prompted high profile attention, publicity, and basically got the Cartel signed; their 2019 Sled show is not one to sleep on.