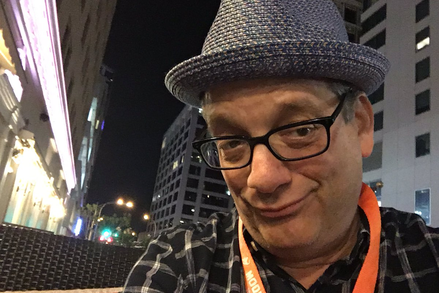 In the history of comedy it would be hard to imagine anyone that has done as many shows as the hilariously twisted Andy Kindler. With a record number of appearances on Late Show with David Letterman and hopscotching across the continent with his famous Alternative and Particular Shows, there is no one who regrets committing to his own material quite like Andy. If you haven’t been lucky enough to remember laughing at Andy on stage, you may also recognize him from his featured roles on Maron, Last Comic Standing, Lady Dynamite, Comedy Bang Bang, Garfunkel and Oates, Bob’s Burgers and the legendary Everyone Loves Raymond. He has also appeared on the second season of I’m Dying Up Here, reminding us all that we have to finish watching the damn show! Come out and watch Andy perform, and it’ll be the most you’ve ever even considered laughing.