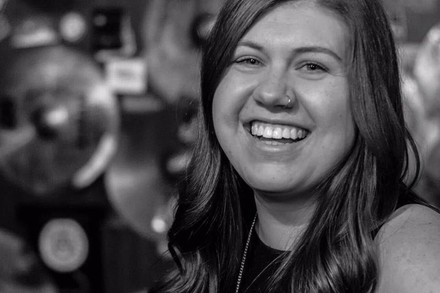 If you’ve been to a comedy show recently in Calgary, you’ve seen the work of Amy Edgar. Whether on the stage or behind it, she is the glue keeping our city’s "bursting at the seams" scene together. With clowns on both branches of her family tree, comedy, humour and grease paint flow through her veins. Here in town, she’s a major part of Crash Test Comedy at Verns (Tuesdays at 8), Jupiter Comedy at the Oak Tree Tavern (Wednesdays at 8) and Comedy at the Tea House (Thursdays at 7). We are thrilled to have Amy and the Tea House Comedy team on board for Sled Island 2019, and you should be too!