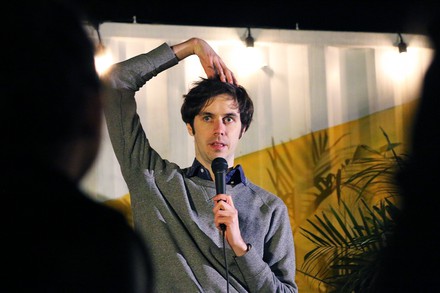 Adam Christie is just one of those guys. You know, you look at him and you’re like, this guy thinks he’s funny? Well the joke’s on you, because holy crap is he ever! You may know him from This Hour Has 22 Minutes. You may know him from Schitt’s Creek. You may know him from endless appearances on MuchMusic, The Comedy Network, MTV and YTV. Adam has done it all and it’s all been building to his appearance at Sled Island. Forget his appearances at the Winnipeg Comedy Festival, the Halifax Comedy Festival and JFL 42, it’s all been a warm-up for this. Kind of putting a lot of pressure on just two shows, but that’s just the kind of comedian he is—one that wants nothing but the best for the Calgary audience. Don’t miss out on two of these one-of-a-kind appearances. Knock ‘em dead, Adam.