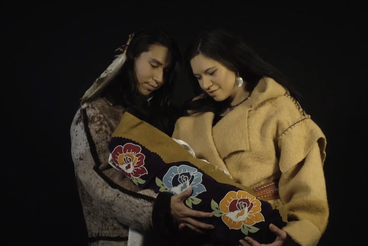 A Love Letter to My Unborn Child

This film is a showcase of pride through urban Indigenous people living in Mohkintsis, Blackfoot Territory, and Treaty 7 Land. Narration throughout the film is an open letter speaking about what life and reality is like for Indigenous people today while acknowledging our past, and looking towards the future. This film is dedicated to the Missing and Murdered Indigenous Women, Girls, and 2-Spirit who are never forgotten.

Presented in partnership with the National Music Centre & Indigenous Resilience in Music.

ABOUT THE ARTIST
Danni Black/Sui Taa Kii is a Blackfoot Filmmaker from Siksika Nation. She currently works at the Calgary Queer Arts Society, and runs the Treaty 7 Film Collective in Mohkintsis. She uses her spare time to document events and people doing interesting things around the city as a way to preserve the current and contemporary experiences for our future generations to witness and learn from. She is currently working on a web series called, “Rookie Mistakes” with Kadra Yusuf and Bernadette Lumugdang that takes a comedic look into the diverse lives of three women living in Calgary.