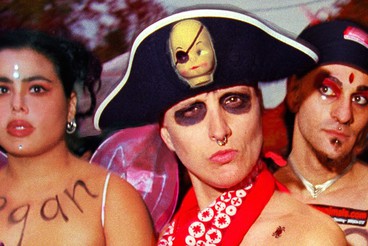 Queercore: How To Punk A Revolution

We are delighted to again screen the work of Berlin-based director Yony Leyser, whose feature film Desire Will Set You Free screened at Sled Island 2016.

In his third film, Leyser looks at the birth of the queercore movement in the mid-1980s and its living legacy. Intended to punk the punk scene, artists used radical queer identity to push back against gay assimilation and homophobic punk culture, ultimately creating a community with international impact.