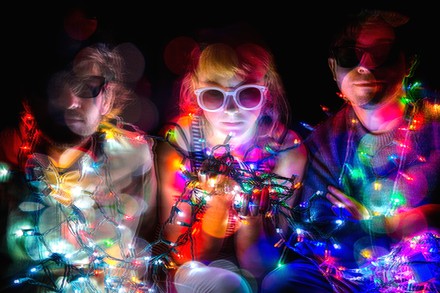 Originally hailing from the Boston DIY scene, Guerilla Toss are a highly rhythmic punk band that add a new layer of jubilant weirdness with each release. Held down by the consistency of Kassie Carlson’s mix of yelps and plain-spoken vocals as well as drummer Peter Negroponte’s primal polyrhythms, GTOSS has the freedom to stretch into psychedelics, funk and electronic sounds without losing their abrasive core.