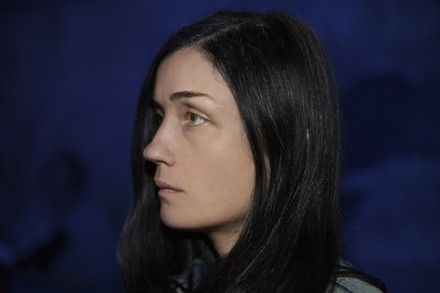 There are few experimental artists who can compete with the breadth of Grouper’s Liz Harris. Since appearing on the scene with her self-titled debut in 2005, Harris’ prolific solo output is only rivaled by her collaborations with acts like Xiu Xiu and Jefre Cantu-Ledesma.

Grouper’s sound lingers on a purgatorial plane, roaming through a great beyond of folky acoustic drones and piano-driven requiems. There’s a stillness in the tonality of the songs, but a great deal of movement in their lyricism.

Finding ever-growing acclaim from fans and critics alike, Grouper’s album Ruins (recorded in 2014 while living in Portugal) perhaps best exemplifies the tumultuous and sometimes eerie world Harris creates. Described as Grouper’s “unplugged” album by Pitchfork, Ruins’ encroaching swells give way to scattered piano keys with whispered lyrics fitting snugly in between each note. This year's Grid of Points follows in Ruins' footsteps, with a new set of tales wrapped up in her delicate songcraft.

Much like her albums, Grouper’s live sets are intensely personal, aimed to evoke the deepest responses from both longtime fans and first-time witnesses. Performances often feature monochromatic projections to complement the ethereal atmosphere; they’re a place to be introspective or simply just to sway.

Making a long-awaited Sled Island debut, Grouper is here to demonstrate that there are stories to be told among her soundscapes, whether they involve dragging a dead deer up a hill, alien observers, or a man who died in his boat.