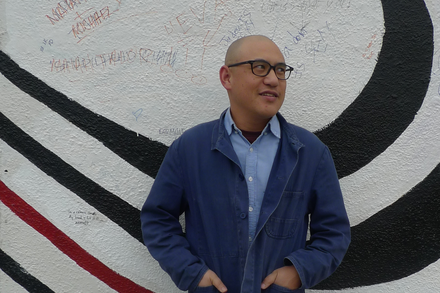 George Chen has received the Deefhoof seal of approval and will be participating in Sled Island comedy as part of their guest curation of this year's festival! George has told jokes up and down the West Coast, in Austin, TX, and Shanghai, China. He has appeared on the Upright Citizens Brigade LA stage, featuring on Paul Scheer and Rob Huebel’s Crash Test and on Cameron Esposito and Rhea Butcher’s Put Your Hands Together. He's been part of SF Sketchfest and The Comedy Comedy Festival as well as performing standup in unconventional spaces like Marin Headlands Center for the Arts, the Contemporary Jewish Museum and SFMoMA. Now, most importantly, he’s coming for Sled Island!