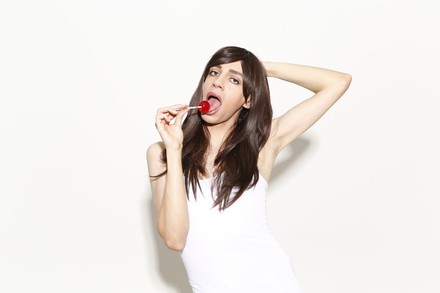 “Serving you legs, laughs and glamour 24/7” is the promise of Tranna Wintour, and we can’t wait to be served! Seamlessly blending elegance and wit, she details the bright, hilarious and occasionally raunchy facets of life, fashion, pop culture and all the fun in between. She has performed her one-woman show TRANTASY to packed houses in both New York and Montreal, and garners rave reviews wherever she goes. In addition to performing at festivals like Just For Laughs, SheDot, Zoofest, LadyFest, Pride Toronto, Montreal Sketch Fest and Divers/Cité, she’s been profiled in The Daily Front Row (New York City’s official Fashion Week magazine), the UK’s Daily Telegraph and the Montreal Gazette, which named her one of the city's 20 hottest Montrealers. Described by Sandra Bernhardt as “a candle in the window on a cold, dark winter’s night,” be sure to witness her shining light at this year’s festival.