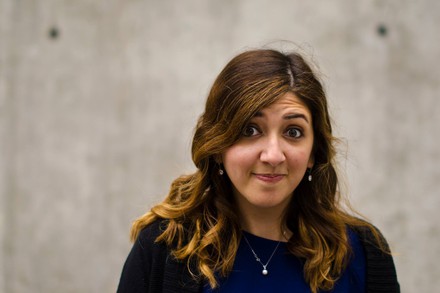 Toronto’s Nour Hadidi has a list of credits as long as your leg, or at least as long as the space we’re given to profile here. With appearances including the Winnipeg Comedy Festival, The Debaters, Sirius XM’s Canada Laughs, The So Fresh and So Clean Comedy Show and, we’re told, the Unofficial Oprah Winfrey Show, Nour promises that YOU’RE GONNA LAUGH, YOU’RE GONNA LAUGH, EVERYONE’S GONNA LAUGH! The Toronto Star named her one of the city’s Top Comics to Watch, and now at Sled Island, you’ve got your chance!