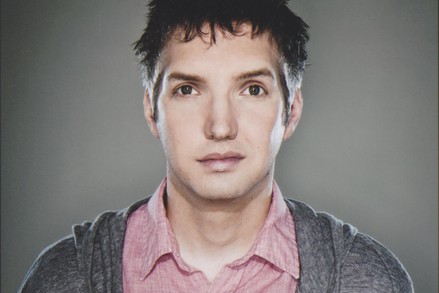 Homegrown Calgarian and Conan O’Brien writer Levi MacDougall got his start with the Loose Moose Theatre Company and has bobbed upward in the comedy pond since. After moving to Toronto and performing with sketch comedy troupe The Distractions (along with Paul Schuck and Tim Polley) as well as Laugh Sabbath, appearances and awards began accumulating, including two Canadian Comedy Awards and a Gemini nomination. He was a regular cast member on The Jon Dore Show, appeared on Andy Kindler’s Alternative Show at Just For Laughs, and has appeared at the Boston Comedy Festival, the Hollywood Improv and Comedy Death-Ray at the UCB in Los Angeles. After all that big fun he began touring and writing with Demetri Martin for Comedy Central’s Important Things with Demetri Martin. He now writes for Conan and is often featured as various wacky sketch characters such as a very long-armed Mr. Fantastic, the last guy to hear about the US election, or a Canadian in a world where the word “sorry” means nothing. We can’t wait to welcome him home by saying “sorry” to him again and again throughout the festival!