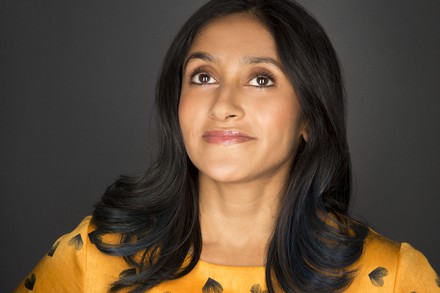 Adored by many and soon to be adored by you, Aparna Nancherla is a stand-up comedian who, according to her website, often sits as well! Defying traditional conventions of standing since birth, Aparna has an extensive comedy oeuvre, including writing for Late Night with Seth Meyers, multiple appearances on shows such as Conan, @midnight, NBC’s Last Comic Standing and a zillion more. She has created videos for Funny or Die, Above Average, Refinery29, Slate V as well as MTV Other, and has appeared on every list of hilarious comedians ever made—and that’s just the tip of her comedy iceberg! Her debut album Just Putting It Out There was released on Tig Notaro’s Bentzen Ball records last summer, and her Comedy Central special Half Hour aired in the fall of 2016. She has performed at the Melbourne International Comedy Festival in Australia, SXSW, SF Sketchfest, Outside Lands, Bridgetown Comedy Festival, the Great American Comedy Festival and now, Sled Island! Yay for us!