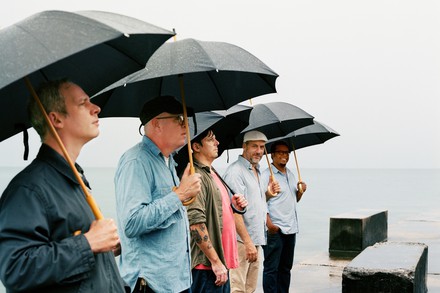 Continuing in the Sled Island tradition of showcasing exceptional instrumental bands, it’s only right that post-rock pioneers Tortoise bring their grandiose cacophony to the 2016 edition of the festival.

Spiraling outward from the core duo of Doug McCombs and John Herndon, Tortoise’s career marks a creative high point in a genre already known for wild experimentation. Krautrock, minimalism and jazz are all touchstones, but Tortoise take them to another place entirely. Take “Djed,” from their classic Millions Now Living Will Never Die album, which falls into electro-acoustic abstraction after an extended session of marimba rhythms, then into sexy after-hours downtempo electronica. It’s the sound of a band collectively saying “Oh, there are limits to how far rock music can go? Never knew. Here, have a easy listening song that turns into dub and then free jazz after fifteen minutes.”

Their new album The Catastrophist sees them embrace more vocals than they have previously, while retaining the same anything-can-happen-but-it’ll-be-beautiful spirit that made their early recordings so invigorating. Like the best of their peers, Tortoise have always had a powerful emotional core to their music. Every note is rooted in a human feeling, and it sets them apart from mere experimenters. Tortoise are past trial and error: they know what works and they’re doing it.