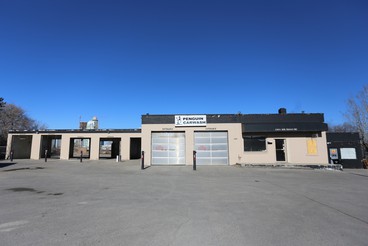 Two years since their gritty, chaotic and wildly popular self-titled project transformed an entire neighbourhood of houses slated for demolition, WRECK CITY returns with DEMO TAPE, a new site-specific art exhibition at the old Penguin Car Wash in Ramsay. Presented in conjunction with Sled Island, WRECK CITY invited over 45 artists, musicians, writers and performers to respond to the defunct car wash, working onsite for one month. Within this raw, utilitarian and malleable context (not unlike a garage jam space), artists were free to significantly alter spaces, empowered by the understanding that their work will eventually be destroyed along with the surrounding building.

Originally instigated to explore the intersections between music and art, DEMO TAPE has evolved into a broader examination of sound and image, action and object, transient and solid, invisible and visible. Just as the overall exhibition overlaps with Sled Island, DEMO TAPE artists explore the overlap between various disciplines, with a focus on ideas of change over time.