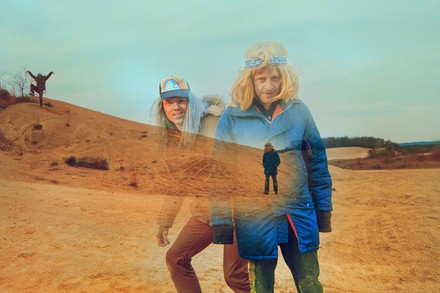 You're going to want to be at the front for this one, and not just because Brian Chippendale and Brian Gibson play the harshest, most adrenaline-fuelled noise jams this side of Boredoms. Lightning Bolt play guerrilla-style shows down in the crowd, with amps at eardrum-liquefying volumes and vocals coming through a telephone receiver built into a mask that is equal parts luchador and Leatherface. They've brought new elements into the mix since their 1999 debut—notably some clean singing from Chippendale and higher production values—but they're still the band that has reviewers labeling them “noise-punk terrorists” and throwing out superlatives like "blistering" and even "anthemic." They draw their inspiration from Phillip Glass and Sun Ra and are as exhilarating live as any hardcore band playing in a basement with sweat dripping from the ceiling. Their new record, Fantasy Empire, features songs that have been in rotation at live shows since 2010—they’re road-tested, broken in and ready to go. Do some stretches, bring earplugs (there's no shame in it) and ready your mind for one of the best live bands on the planet.