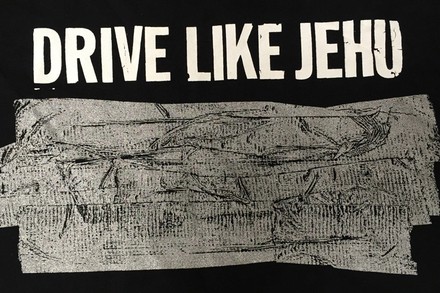 Rocket From the Crypt, Hot Snakes, Obits, The Night Marchers

These post-hardcore legends called it quits 20 years ago, but inspired a thousand other bands to rise up from the ashes and assume the mantle for loud, aggressive and honest rock 'n' roll. Drive Like Jehu's legendary, ear-bleedingly loud performances were built on a relentless rhythm section, intricate, challenging guitar lines and shouted-hoarse, thoughtful lyrics. Rick Froberg and John Reis somehow managed to keep themselves busy playing in a few bands with which you may be familiar: Rocket From the Crypt, The Night Marchers, Obits, Hot Snakes (all of which are Sled Island alumni), and drummer Mark Trombino passed the time producing a veritable who’s who of rock and roll (including two platinum-selling albums in Blink 182’s Dude Ranch and Jimmy Eat World’s Bleed American). An incredibly rare and much-anticipated reunion began last year with the band reforming just because they wanted to play again. Nothing forced, nothing —it was simply time. It took place in a public park, with an audience of diehard fans mixed in with whoever happened to be taking their dog out for a stroll on that afternoon. No sponsors, no beer gardens, no giant video screens—just rock n' roll on a beautiful summer day. With only a handful of scheduled dates in the foreseeable future, their set at Sled Island will be less Halley’s Comet and more likely the doomsday machine you’ll brag about seeing.