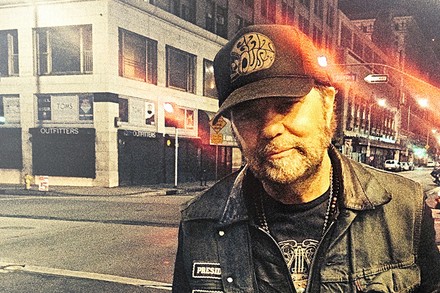 Daniel Lanois has continued to evolve and morph in his 40 years in music. That being said, Lanois has used his expertise in pop and ambient music to embark on perhaps the most compelling chapter of his legacy, yet. He made a humble start in Ancaster, ON where he worked on records for artists like Raffi and Martha and the Muffins. Later, Lanois began working with Brian Eno on the legendary musician’s own projects and in collaboration on producing some landmark albums (including U2’s The Joshua Tree). Sled Island is thrilled to translate his expertise into an immersive role in this year’s festival. The celebrated and accomplished record producer (Neil Young, U2, Bob Dylan), guitarist (Emmylou Harris, solo) and songwriter will be a partnered with the National Music Centre, where he will be hosting an artist talk and residency before delivering a once-in-a-lifetime, intimate and experimental performance at the Republik that focuses on his more recent work showcased on the stunning album, Flesh & Machine. The record sees Lanois deftly navigating the razor-thin line of blissful, contemplative ambience and driving potential of electronic rhythms. Come bear witness to one of Canada’s most influential talents at a time when he has reached a new creative stride.