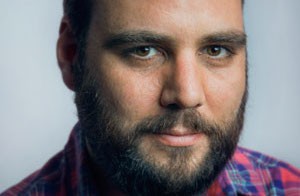 Comedy isn't a competition, except when it is—like in 2014, when Chris Locke won the Canadian Comedy Award for Best Male Comedian. And really, it's no wonder—he's got a #1 hit comedy album The World is Embarassing, a new and noteworthy podcast Utopia To Me (leave a review!), and he's made his way from coast to coast. Add to that appearances on HBO, MTV, Laugh Sabbath, JFL42 and at some comedy show held for firefighters. Chris has also worked scaling fish, but we can't figure out how to gracefully integrate that little fact into this bio.