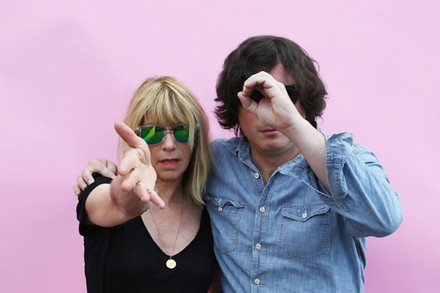 Over 30 years into her career, Kim Gordon still manages to wallop listeners in a powerful, unexpected way with each new release. The pioneer art-rocker’s latest undertaking is an instrumental kitchen project that exploded into a full-force psychedelic laboratory. Breaking the mould she helped to create, the leather-jacketed mad scientist, Gordon, and co-creator Bill Nace have been playing around with catalytic musical compounds since 2011. The mutable noise rock experiments that have resulted are calculatedly improvisational with each phantom limb being carefully sutured into place. Fans of Sonic Youth’s Goo-ey heydaze will certainly delight in Body/Head’s smooth transitions and reverberating subterfuge, but if you haven’t run across their 2012 debut on Matador Records, Coming Apart, you may not be familiar with the band’s fiercely feminist stance. Labels have never stuck to a forthwith Gordon and maybe that’s because she doesn’t shy away from shattering stereotypes. The icon recently drew back the veil on her inspirational career within the pages of her autobiography, Girl In A Band, wherein she describes her trials and triumphs as one of the most influential figures in the annals of rock history. Cathartic stories and songs flow forth unfiltered as the artist traces her musical upbringing, from growing up in California in the ‘60s to diving into the bohemian music scene of New York City. Spiritually attuned and close to the bone, the unapologetic portraits rendered by Body/Head reveal how the woman who wrote Dirty is finally coming clean, body and soul.