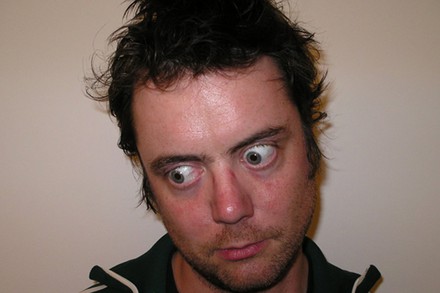 The only thing better than Jon Daly's Abracadabralifornia, was the world's reaction to the song's release. The way the planet was fooled by Daly's pitch-perfect Anthony Keidis and his willingness to toss a Pepsi logo around, I can see exactly how everyone bought into the War of the Worlds 50 years ago or whatever. Not only that but I heard that people are starting to believe that Wheels, Ontario is a real place! Don't be fooled by anyone who tells you not to come see Jon Daly, his two shows at Sled Island will be MUST SEE.