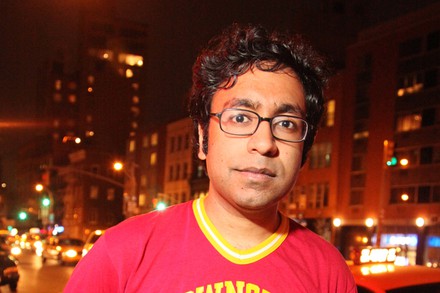 Hari Kondabolu is the number one comedy draft pick of Sled Island curator Kathleen Hanna. I don't really know enough about sports to carry that analogy any further, but Hari is a first-round pick. He was a writer/performer on the much lamented Totally Biased with W. Kamau Bell and has appeared on the Late Show with David Letterman, Jimmy Kimmel Live, Conan, and more. Recently, Hari has been touring and slaying rooms in promotion of his new album "Waiting for 2042", a world burner of a record, bringing the biggest laughs you'll get from worried fury about America's future.