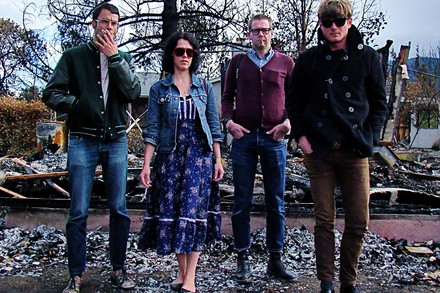 With their sold-out, still-talked about appearance at Sled Island 2011, the psych-tinged, Krautrock-inspired, San Francisco-based garage rockers cemented themselves as one of Calgary's favourite live bands. In addition to multiple sets by one of the most prolific, challenging and rewarding rock bands today, Sled Island is overjoyed to announce Thee Oh Sees frontman, John Dwyer, as one of the guest curators for the 2013 edition of the festival.

"In an age where any jackass kid with a four-track can bathe his ill-conceived “songs” in feedback and then post them to the internet overnight, John Dwyer has become something of an elder statesmen in the nebulous and increasingly popular garage/punk rock underground, and he did it the old-fashioned way." - Paste