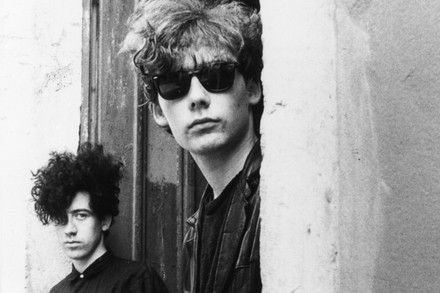 The Jesus And Mary Chain is, quite simply, a long-time festival dream come true. The legendary Glasgow-based proto-shoegazers' noisy and dense feedback-laden pop has had such a meaningful and readily admitted impact on so many past Sled Island acts (Raveonettes, Dinosaur Jr., Dum Dum Girls, The Walkmen) that their 2013 appearance feels more like a beautiful inevitability than a complete shock. We, simply put, couldn't be prouder to see them join the Sled Island line-up this year.

"With pretty pop melodies buried deep in feedback and grindingly distorted guitars, the Jesus and Mary Chain became darlings of the mid-'80s British press and a college-radio cult hit in the United States." - Rolling Stone