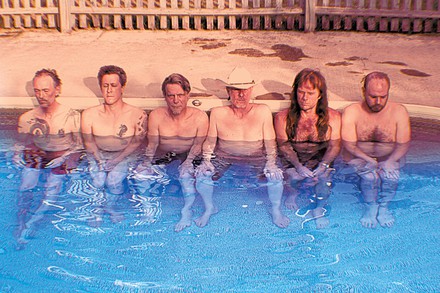 Sled Island is beyond proud to present the Calgary debut of the critically acclaimed, eardrum-crushing, Michael Gira-fronted experimental rock band, Swans. In 2012, a mere thirty years into their career, Swans released their latest album, The Seer, a sprawling, triple LP masterpiece that currently sits atop too many-to-count "Best Of" lists. Their live show is a sonic and physical experience that consistently leaves audience members both in paralyzed awe and forever changed. Swans are, simply, one of the greatest live bands ever.

"In short, Swans make all of your favourite bands look weak and puny in comparison and proved that this trip went well beyond being just another rock show. They weren’t here to stoop to cheap entertainment or prove their relevance — they were here for your soul." - Johnson Cummins, CultMtl