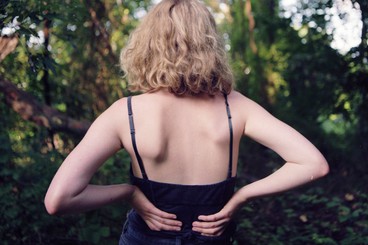 I Used To Be Darker

A dramatic portrayal of a young Northern Irish runaway Taryn (played by Canadian actress Deragh Campbell), who finds herself lost and in trouble in the United States. Finding herself in Ocean City, she seeks refuge with her aunt Kim and uncle Bill (singer/songwriters Kim Taylor and Ned Oldham) in Baltimore, though the couple face their own struggles amidst the collapse of their marriage and return home from college of their their daughter Abby (played by fellow Canadian Hannah Gross). Porterfield deftly interweaves the trajectory of his characters with live performance from Taylor and Oldham, as well as Jack Carneal and Dope Body, creating something entirely unique and captivating.

Director's Bio: Matt Porterfield is the writer/director of HAMILTON (2006) and PUTTY HILL (2011). Having studied at NYU, Porterfield lives in Baltimore, MD, and teaches screenwriting, theory and production at Johns Hopkins University. In 2012, he was a featured artist in the Whitney Biennial, a Creative Capital grantee, and the recipient of a Wexner Center Artists Residency.

Notable Screenings and Awards: Sundance 2013, Berlinale 2013, Best Original Song – The Nashville Film Festival for “The One That Got Away” written and performed by Ned Oldham