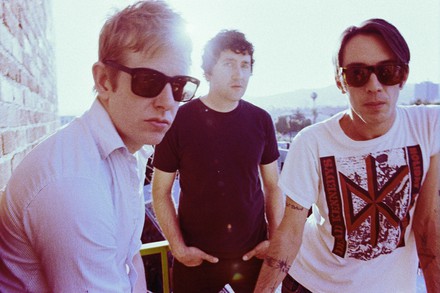 This indie rock (don't call them a) supergroup, featuring Britt Daniels of Spoon, Dan Boeckner of Wolf Parade and Handsome Furs and Sam Fischel of New Bomb Turks, might just be the single easiest sell in the history of the festival. Thankfully, the swaggering, slightly new-wavey rock that the group delivers more than lives up to the promise. We promise - this'll be a good one!

"...as a combination of two major-league indie rockers and a veteran shit-kicking drummer, the group is both a logical step and a hugely exciting prospect." - SPIN