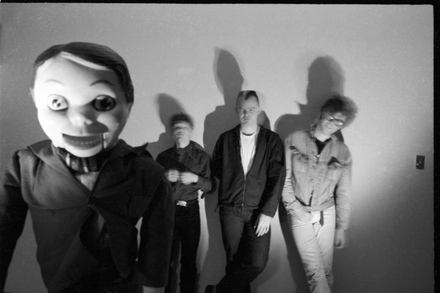 It’s impossible to talk about Shadowy Men on a Shadowy Planet without reference to their most famous tune, “Having an Average Weekend,” the immortal theme song for the late, great Kids in the Hall TV show. But before that, they won two Genie Awards for film soundtracks. And before that, they provided MuchMusic with a 54-second gap-filling snippet of low-budget hallucinatory joy in “Musical Interlude,” which was played approximately 125 million times between 1989 and 1991 and is burned into the brains of a generation of Canadians.

This very special Sled Island performance is one of only two scheduled reunion dates (with Dallas Good of the Sadies replacing founding bassist Reid Diamond, who passed away in 2001) to mark the re-release of their three brilliant albums. Already remembered as Canada’s best instrumental band, the Juno Award–winning trio will be remembered as a highlight of this year’s festival.