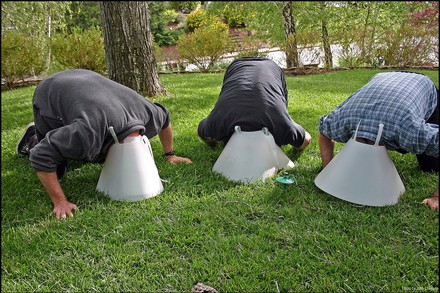 The genesis of NoMeansNo occurred in 1976, when brothers John and Rob Wright found themselves in attendance at a Ramones concert in Boulder, Colorado. Their father, Raul, was a lighting tech for a traveling musical troupe that happened to be sharing the stage with the up and coming New York quartet. Though no one realized it until years later, future collaborator and co-conspirator Jello Biafra was also in attendance at that monumental event.