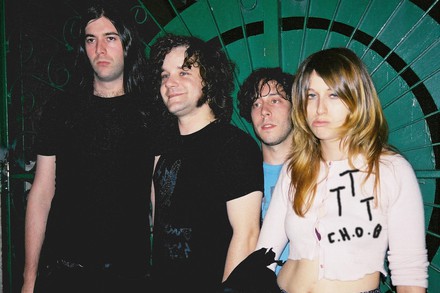 It is confounding that this French Canadian quartet has been shock-and-awe-ing crowds for nearly ten years now, playing their own witch’s brew of intense, punk-fueled moog rock with the same reckless abandon you’d expect from a band playing their first bar show. Singer Annie-Claude’s banshee wails and confrontational and mischievous stage antics, often including forced dance partners and self-administered mic cable nooses are more transcendental truths than put-on-performance art. Somehow it all makes sense soaring over top a wall of sound that calls to mind the Plasmastics doing the soundtrack for a Vincent Price movie with guest appearances by Gang of Four and Michael Jackson. The only thing as joyous as seeing Duchess Says live is seeing someone else experience them live for the first time…luckily this year you’ve got three chances to do so.